Armand (Founder of the blog)

I am a 29 years old French guy from Paris. I've been living in New Zealand in 2006 where I've seen you guys playing rugby, then I was so amazed that I've started this blog 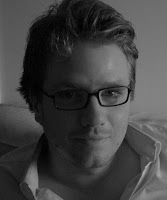 Mary (Redactor of the blog)

Hey my name is Mary. And I'm the baby sitter :)
I fell in love with rugby in 2003. And with the All Blacks the following year : though I'm French, seeing them winning in Paris was one of my best birthday present! I started googling them more often (these e-searching sessions were quite productive too as I got my BA!! anyway...) and found this website! Sadly ... EMPTY!
There was an email addy, I wrote, the guy (Armand) answered. He was a frog in NZ (lucky him!) and needed someone to work on the blog as he was very busy (he still is!)
I thought : 'Why not?', replied 'yes sure!' and got appointed co-contributor... on my birthday... again!!!
The blog is now 4, we've been contributing with another French blogger (FSS) for about two years now.
The blog got its "15 minutes of fame" during the 2007 RWC -which brought other 'Richie Girls'* to the community! and I think next year will be even bigger, better, greater... whatever you can say for such a major event on the Rugby Planet!

*I know it can sound girly or stupid but we are very proud of our name and despite Armand's request for 'ladies' we keep 'girls'!!!